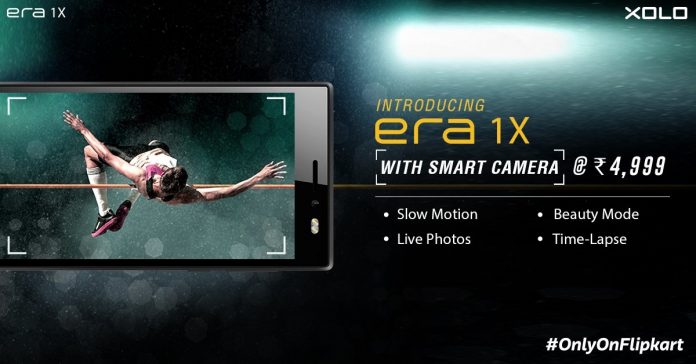 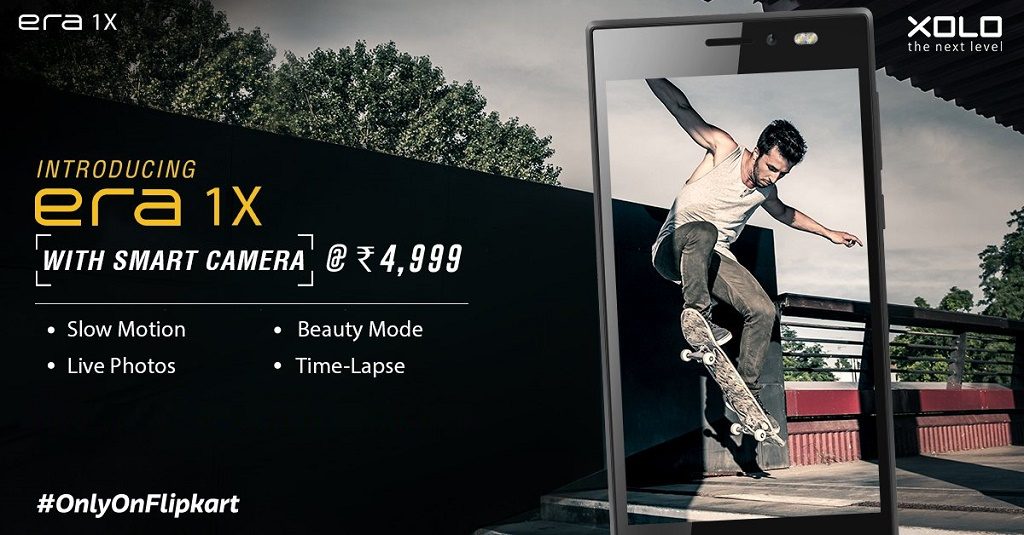 How to buy Xolo Era 1X from Flipkart:


The Xola Era 1X features a 5-inch HD (1280×720 pixels) IPS display with 294ppi pixel density, and is powered by a 1.3GHz quad-core processor paired with 1GB of RAM. There is also 8GB onboard memory, which can be expanded up to 32GB using a microSD card. On the software front, the smartphone runs on Android Marshmallow 6.0.

The Era 1X is equipped with an 8-megapixel rear auto-focus camera with LED flash, and a 5-megapixel selfie camera with dual-LED flash. One of the smartphone’s talking points is what Xolo calls the smart camera feature. The camera comes with different modes like Slow Motion Video, Live Photos which lets you capture 15 frames of images at one go, Time-Lapse Video and Beauty Mode as well.

The smartphone also comes with a removable 2,500mAh battery that the company claims is good enough for up to 13 hours of talktime and up to 185 hours on standby mode. Connectivity options include dual-SIM card slots, 4G VoLTE support, Wi-Fi and Bluetooth. 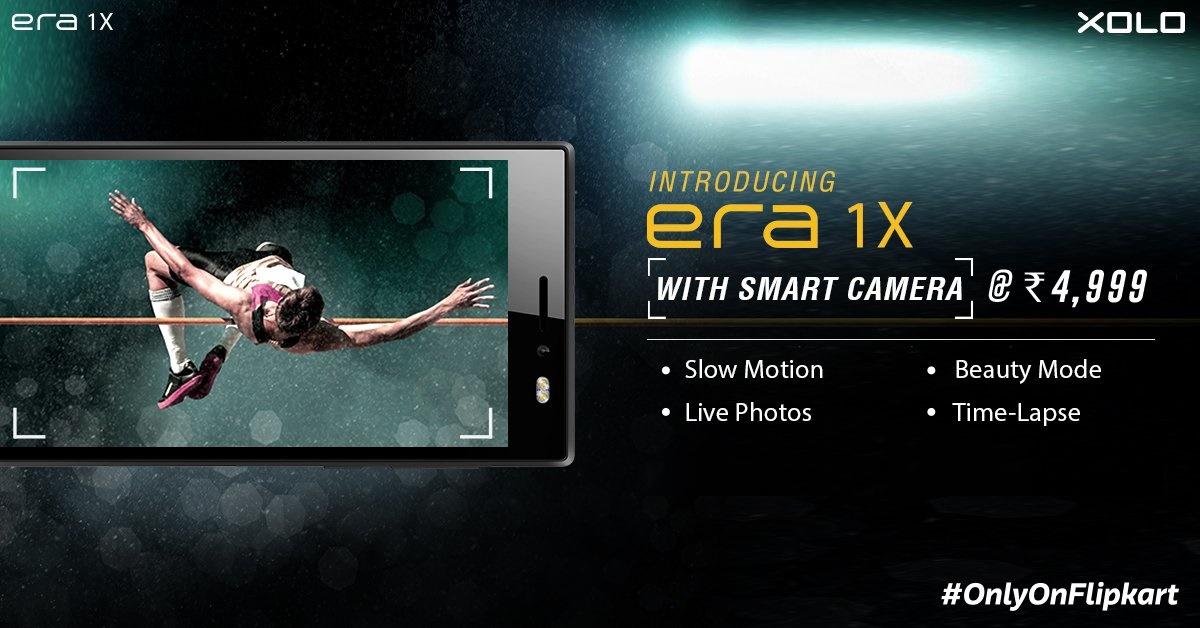 Buy Champ One C1 Mobile for Rs.501* from flash sale