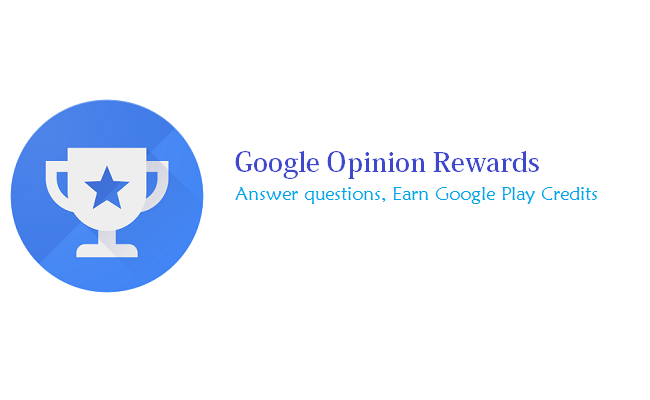 Google Opinion Rewards app launched in India. Google Opinion Rewards, which is Google’s simple survey based app. Google has rolled out the app in India and a few other countries. The Android-only app is free and can be downloaded from Google Play. The app has been created by Google Consumer Surveys. 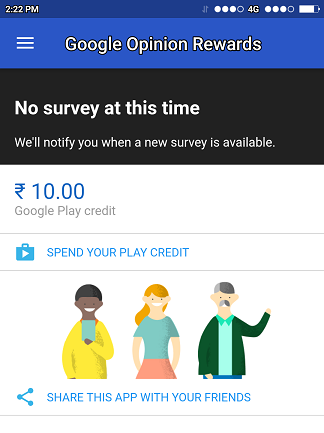 6. Complete the survey (expire in next 24 hours)

7. Now you have to wait for in-app notification when you’re approved to answer surveys.

8. Once you are approved, you’ll start receiving quick surveys. You will earn credits on completing surveys. 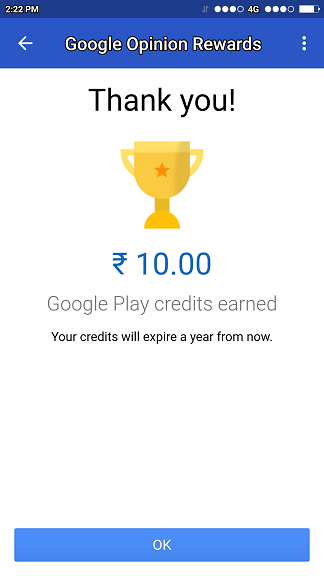 The app comes with a host of rewards for users. Once a user successfully completes a survey, the app then provides Google Play credits. The amount can be redeemed in the Google Play Store for premium, paid content. There is no restriction on spending and the user can explore any paid content from apps to movies using this amount. In order to be eligible for the survey, the user needs to first sign up and provide basic information, based on which the surveys will be shared.

Google has different cash payouts for different users in different regions. The Indian rewards start at Rs 10. There’s no details as to the highest amount Google offers for the surveys. While Google Consumer Survey platform is open to all advertisers and third-party users, Google too has used the service in the past to create a survey around Android N. Google had asked users to suggest names for Android N via the platform, before finalizing on Android Nougat.

The survey is conducted via a series of questions. While some questions provide a user the option to choose between multiple choice options, others ask users to type out their opinions in detail. There is no specific number of questions in each survey. However, depending on the advertiser, the length and the type of questions, the payout amount can often vary. The app is linked directly to the user’s Google account so the sign-in process is simple. 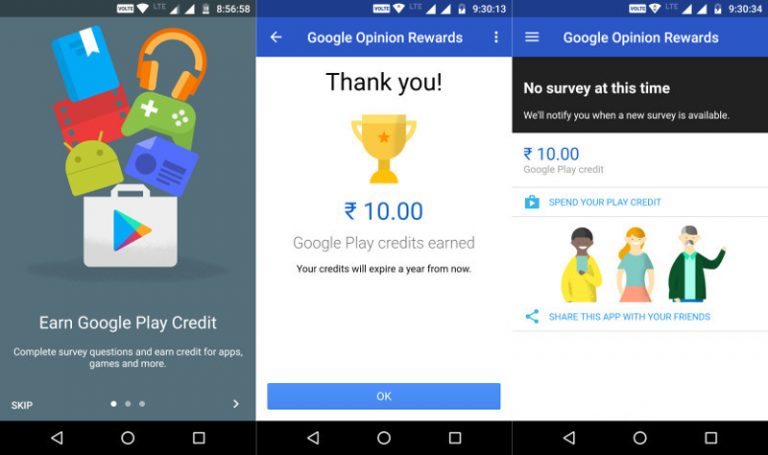