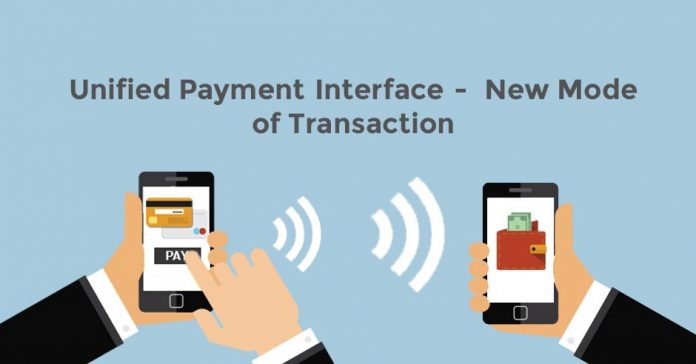 UPI – Unified Payment Interface is built over IMPS (Immediate Payment Service) to make funds transfers easier. With the new payment interface, you no longer need to add payee details such as bank name, branch, IFSC code and full name. Instead, you just need the Virtual Payment Address (VPA), to send and receive payments. Currently, UPI is only enabled on Android-based apps, with no word on when iOS apps will be launched. You can look for your bank’s app by simply typing ‘UPI’ in the search, which will show all UPI related apps. ICICI Bank app is called Pockets, Canara Bank app is called ‘epower,’ whereas HDFC has included UPI in its app itself. 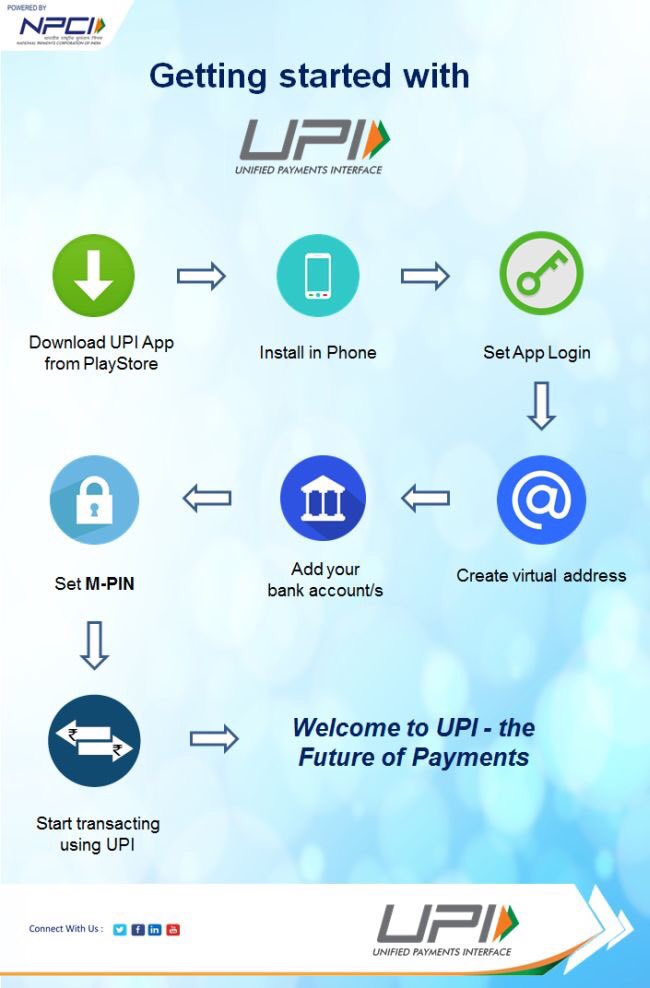 A Complete List Of UPI Apps Of Every Bank 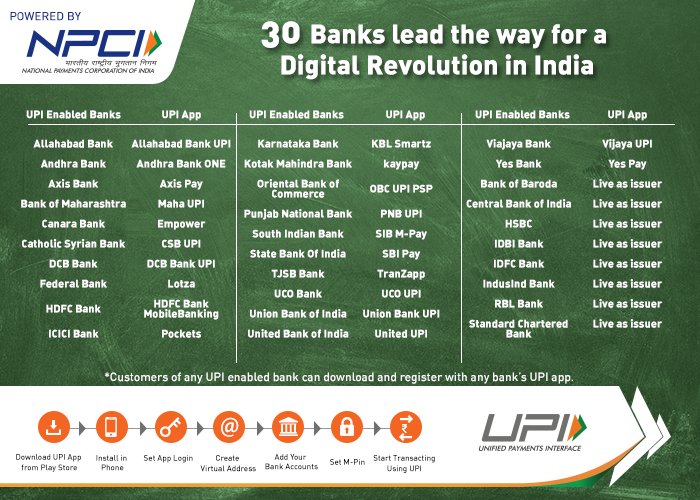 You can download the UPI app of your respective bank by clicking on these links:

With UPI apps, you can make payments to services such as mobile recharge, DTH refill, utility bill payments and more. You can even transfer funds to recipients, such as your family or friends. For instance, you can use a UPI-based app to transfer money from your bank account to someone else’s bank account. Similar to IMPS, UPI-based payments happen 24 hours a day, 7 days a week and 365 days a year — so you don’t have to worry about a bank holiday. UPI transaction limit ranges from Rs 1, and goes all the way up to Rs 1 lakh. Now, let’s take a quick look at how to get started with UPI apps, the registration process and how to send and receive funds.


To begin with, you’ll need an Android smartphone with internet access (2G/3G/4G or Wi-Fi). You will also need a bank account where your mobile number is registered for telephone banking, OTP and other transaction related messages. This is because UPI app will fetch your bank account details from your registered mobile number. If you don’t link the bank account, you could only be able to transfer money from wallet to wallet, but not to your bank account.


How To Register For UPI

The registration process is pretty simple. Head over to the Google Play Store and download the UPI app of your bank. For instance, if you have an account in ICICI Bank, you can download ‘Pockets’ from the Play Store.

Step One: Once the installation is complete, open the app. You will have to enter your mobile number and create a four-digit secured pin number of your choice. This secured pin will be required every time when you open the app.

Step Two: You will see an option called UPI, tap on it. You will then be asked to create a virtual payment address (VPA). 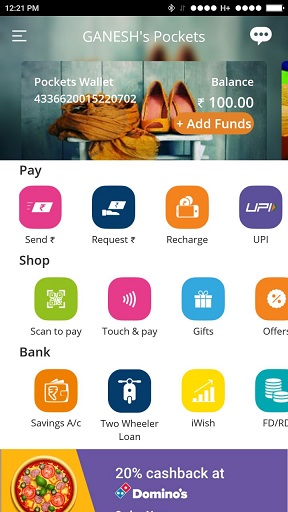 Step Four: Once your VPA is created, in the next window, you will be asked to link your bank account. Just choose the bank from the list, and it will automatically fetch all the details.

Another interesting part of UPI based apps is that you don’t necessarily need to download the app of your bank. For instance, if you have an account in ICICI Bank, you can download the Canara Bank or Yes Bank’s UPI app and link your ICICI account. As said before, your account number details are linked with your phone number. I have two different accounts in ICICI Bank – a personal savings account and a salary account from my company. To try out the linking, I used Pockets app to create an account and link my personal savings account, and the used PhonePe app to link my salary account. It worked like a charm. ALSO READ: United payments system to make mobile wallets redundant: Report


How To Send Money Using UPI

The process for transferring funds is pretty simple. But to make UPI based transfers, the recipient also needs to be on the service and have a VPA. Talking about transaction limit, you can transfer as low as Rs 50, to as much as Rs 1 lakh.

Step One: Open the UPI and tap on UPI icon. If you have already created a VPA, you will directly be taken to manage screen. Here, you will have options such as — send money, collect money, respond to collect request and scan QR code.

How To Receive Money Using UPI

Say, you have given some money to your family or friend and they want to transfer it back to you, this is the time when collect money option comes into play. Here’s how you can request money from the recipient.

Step One: Tap on collect money and enter the required details — recipient’s VPA, the amount and remark. You can even schedule a transaction to collect later, say after 10 days or so. Once all details are entered, tap on next.

Step Two: You will be asked to confirm details, just cross check and tap on confirm.

This will also send a notification to the recipient on this smartphone along with an SMS, requesting for the funds. The recipient then has to open the app and tap on collect request. Upon tapping on this, user can either tap on Pay to send the funds, or decline.

Step Three: After tapping on Pay, the user will be asked to enter the four digit secured PIN and tap on submit. That’s it, funds will be instantly sent and you will get a notification about the same after you receive it.

Among the options one gets in UPI, one of it is scan QR code. Say, you are at the grocery shop, a mall or a food court and the establishment accepts UPI payments. You can open the app, scan the QR code at the payment counter and the money will be transferred from your account to the merchant, thus allowing for cashless transaction.

How to Transfer Money Using USSD Codes Based Mobile Banking

mAadhaar App – Carry Aadhaar on Android Mobile and How to...