Lenovo sent out invitations for its April 7th event. The invite shows a Dolby ATOMS Theatre with “Save the date 7 April 2015″.

Lenovo is expected to unveil A7000 in India because it is the only smartphone that supports Dolby ATMOS sound experience. The device was originally announced in MWC 2015. It would be the successor for currently best selling A6000. 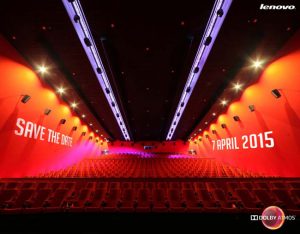 The Lenovo A7000 has 5.5-inch IPS display with 1280 x 720 pixels resolution. It is powered by Octa-core MediaTek MT6732M processor clocked at 1.5GHz per core, which is paired with 2GB of RAM and offers 8GB internal storage with the option to insert microSD slot. The device will run on Android 5.0 Lollipop out of the box with Lenovo’s Vibe UI on top. 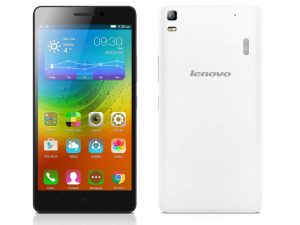 As we said above, it comes with really great audio experience with dedicated Dolby ATMOS support for optimized sound quality. The smartphone will be available in India exclusively from Flipkart via flash sales. It will be priced around INR 10000 since Lenovo announced it for US$169 in MWC, 2015. We will see the flash sale registrations starting from April 7th and the first sale will happen on April 14th. Lenovo announced it in Yellow, Onyx Black and Pearl White color options to choose but Indian users might get only one color.